THAT’S THE WAY IT WAS.

Today is an important anniversary. What does July 20th mean to you?

There has been good reason to gaze into the night sky for the past several days, as the moon, Jupiter and Venus formed a unique and brilliant triangle. If you are up at 10:56 p.m. Eastern Time tonight, you might want to look up with a different thought. Forty-six years ago from that moment, Neil Armstrong and Buzz Aldrin walked on the moon while Michael Collins watched over them in close orbit. For those of us who have reached 50, we know right where we were when Walter Cronkite escorted us to the ultimate moment of that journey. I watched with my parents and brother in a Rochester, New York apartment not fully realizing what I had seen, but with the thought that nothing was impossible burned into my brain.

Nearly 50 years later, I wonder if we really learned the lessons Apollo 11 taught. The moonwalk sits at the mid-point of the most intense period of American internal strife since the Civil War. On November 22, 1963, the president who called for a lunar landing, died at the hands of an assassin. Eleven years later, the president who telephoned the moon to congratulate the astronauts resigned in disgrace. In the intervening 11 years, we lost other leaders to sinister gunmen; saw a generation divide over Vietnam; rewrote the DNA of the family via the women’s liberation movement, wrangled with a stagnant economy and struggled to turn the legal concept of equal protection into a workable reality for all Americans. All of that happened against the backdrop of a global ideological struggle; a fight of such enormous consequence that it forced us to think the unthinkable–at what point would nuclear arms be used?

Today, alarmists decry a terror war with radical Islam, an enlargement of families that includes non-traditional sexual roles, a changing economy and a continuing inability to put racial issues to bed. I do not make light of these challenges, but it is worth noting that we have faced greater division before. Yet, in the midst of that tumult, Neil Armstrong took a “giant leap for mankind” and we were, for a moment, one people. As remarkable as Apollo 11’s scientific achievement was, its true impact is in its inspiration.

And how does such a moment arrive? The crew answered that question through the lives they lived. Reward does not come without risk, something brought home to Michael Collins early in his career when he had to tell the wife of fellow astronaut Roger Chaffee that her husband had perished in a command module fire. Unconventional results come from unconventional people and Buzz Aldrin fits that bill. Aldrin turned down a full ride to the Massachusetts Institute of Technology to attend West Point; eventually he would earn an M.I.T. doctorate but he would also co-star in a rap video with Snoop Dogg and Soulja Boy. Heroic deeds are most often performed by the selfless. NASA picked Neil Armstrong to be the first human to stand on extra-terrestrial ground based largely on his humility.

Armstrong was the ultimate combination of gifted flyer and trained engineer. When the lunar module had but 25 seconds of fuel remaining and had not yet touched down, there was not a person in the Houston control room who doubted Armstrong’s ability to finish the job. His famous line, however, speaks not to his success or even that of the team he led, but to an achievement shared by all of us. Typical of Armstrong, he spent the rest of his life in relative anonymity given his staggering accomplishment. He picked the University of Cincinnati to teach at, in large part because he felt the school’s small aeronautical engineering department would be more accepting of someone without a doctorate.

These men and their colleagues were uncommon but not perfect. Because of those imperfections, their mission validated the Emerson quote Kennedy used in his inaugural address.

So tonight look skyward for a moment.  Neil Armstrong has landed the Eagle in the Sea of Tranquility. Which means the hue and cry over today’s issues can take a back seat to the knowledge that we share that sky with all creation. Together and by the light of those stars, we will find the road home. 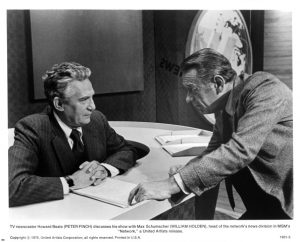 RAGE AGAINST THE MACHINE

Empty Nesters might be spending too much time in front of the television. An eerily prescient movie told us what happens when we make that mistake. Steve looks back on “Network” four decades later. 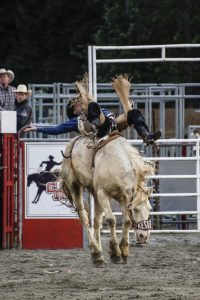 Rodeo is a cultural touchstone. What does that say about our culture?

Tonight’s World Series game has been a long time in the making for Chicago Cub fans. Steve reminisces about what makes it so special.

Consent of the Governed

ALLEN DRURY AND THE PROMISE OF JOY.

Empty Nesters have watched our government for a long time. Steve wonders about how Allen Drury would have reported on today’s events. 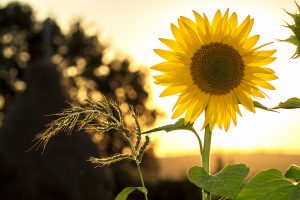 Empty Nesters have time to enjoy the sunshine and they should be. Steve explores our most basic relationship; self and the outdoors.

Consent of the Governed

Empty Nesters remember the ERA and “women’s lib.” Becky Hammon of the San Antonio Spurs is proof positive that radicals can be right.

Join Mrs. Nester and me as we explore the answer to that question.

Tales From An Empty Nest - TFEN

Join Mrs. Nester and me as we explore the answer to that question.

Tales From An Empty Nest - TFEN